In the poker world there seem to be varied opinions of where and when exactly poker originates from. But the general consensus seems to be that the game of poker comprises elements from various types of card games or “vying games” from a variety of different countries and cultures.

The oldest accounts of a game similar to poker came from Ancient China. Stories are told of the Chinese Emperor Mu-Tsung who celebrated the New Year by playing cards with his wife, in 969 A.D. Card games also featured later in history during the 12-13th centuries in Egypt.

After that, it was mentioned again in Persia in the 16th century where “Ganjifa” or “Treasure Cards” were used for a selection of betting games. A deck of “Ganjifa” cards consisted of 96 cards, which was made from thin slices of valuable wood or sometimes even ivory.

The Persians then developed a card game called “As Nas” which is very much like a game of poker as we know it today. Played with a 25-card deck, players had to bet on the probability of making up the strongest hand, subject to a hierarchical hand ranking.

Another nation that is said to have played a poker-like card game in the 16th Century (from 1526) that also involved “betting” and “bluffing,” was the Spanish. They played a game called “Primero,” which is also referred to by many as “Poker’s Mother,” as it was the first game that was officially confirmed to be a direct variant of modern poker.

More card games that resemble poker and that involved betting and bluffing, have been played by the French and the German from the 17th to the 18th century. The game that the German played was called “Pochen” and the French named theirs “Poque.” Poque was even regarded as the national card game of France.

It is reported that the game was then imported to America through the arrival of the French Colonials in Canada. When the French-Canadian settlers founded New Orleans at the dawn of the 18th century, Poque was spread from Louisiana up to the Mississippi River and eventually to all the remaining parts of the country where everyone was enticed to play poker.

What most people do seem to agree on though when it comes to the history of poker, is that the earliest written reference to poker is made in 1834 by Jonathan H. Green in his book titled “An Exposure of the Arts and Miseries of Gambling. In this work, he explains the rules of the “Cheating Game” that was so popular on the Mississippi Riverboats at the time. This “Cheating Game” was for all practical purposes the predecessor of Monte, a 3-card game that signifies the true birth of poker. Monte was preferred over the Cheating Game because it was said to a much more honest game that relied more on skill.

And the rest, as they say, is history… During the wild Wild West period in America, you could play poker in almost every saloon across the country. Since then, poker has spread to almost every other country in the world and its popularity has grown in leaps and bounds. Today, poker is not only regarded as one of the most played card games but has also proved to be one of the highest-paid betting sports in the world. 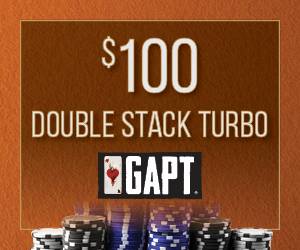